Kalashnikovv Gallery arrived in Braamfontein via a slightly circuitous route. Owner MJ Turpin, an ex-Wits art student, explains: “I was running a concept satellite gallery called Untitled, with the dominant idea of bringing art back to the urban environment. I was trying to make art more accessible to everyone, and more exciting than the tried and tested galleries of the suburbs.

“We started in Maboneng, before it really took off, and we relied on developers who were into art. The exhibitions were never in the same space: we did them in Newtown at Carfax and at 44 Stanley, and then we did one in Braamfontein, in a tiny store. By then we were attracting between 300 and 500 people to openings, and the developer Adam Levey was amazed, and offered us a bigger space at Play Braamfontein, and eventually it became Kalashnikovv.”

MJ said he chose the name because Kalashnikovs, also known as AK-47s, are deeply associated with revolution in the African context, “but we gave it a positive spin. We are revolutionising the ‘white cube’ of the gallery space, by making art accessible to all”.

The gallery was able to survive Covid because it was always pretty strong in the online space. “We had good social media skills, and ironically the lockdown pushed us to do certain things, like upgrading our website to a .com and creating an online gallery where digital art could be bought online.” He said Kalashnikovv is looking into possibly selling NFTs (non-fungible tokens), but that he is becoming wary of the digital art space, as there is a “plethora” of online portals and web spaces, many which will die off pretty quickly.

“A lot of artists are also trying to become independent, but do you really want to become known as an Instagram artist?” asks MJ. “We offer a lot of support in the way of management, which many artists lack. Your practise suffers if you have to promote yourself as an artist. There is a general consensus that being an artist is fun and its inexpensive, but in reality it takes a lot of time and money to produce an exhibition.”

Asked if there are any big changes coming, he said Kalashnoikovv is opening a project space called P72 in Parkhurst for younger, more experiential, experimental artists. They had an NGO going that involved containers and painting murals, and with senior artists who mentored younger artists and put paintbrushes in their hands. This slowed down because of the lockdown — all the funding disappeared, and the gallery had to just focus on survival.

Having a physical space is essential. “People want to see art in real life. An artwork on your phone has no texture, it’s flat, and there is also the issue of scale. There’s a huge difference between an A4 picture and a 3m x 3m painting, but they look the same on your phone. When you see a big artwork in real life, you feel its presence; you feel its weight.”

What MJ likes most about Braamfontein as that it is like a bridge between the city and the suburbs; it’s a perfect intersection between the suburban and the urban, and from the established and the youth. “It’s in the middle, it’s a cross-pollination. There is some of the grime of Joburg here, which can be negative in the form of crime, but it’s also real, and it feeds into an authentic dialogue with the artists who live and work here.”

BACK TO MEDIA NEWS 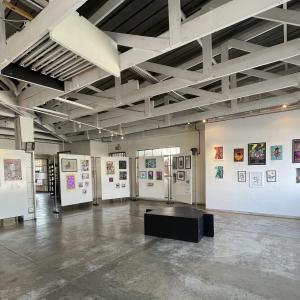 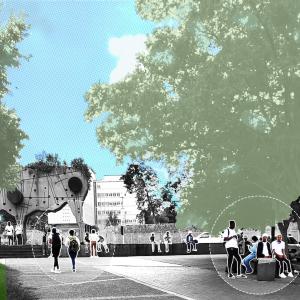 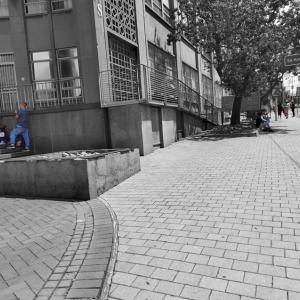 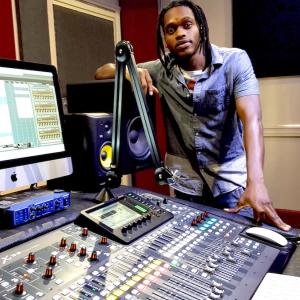